To advance the slide, click inside the presentation (do not use the arrows)

From the table above it should be clear that most of us hardly need more than 6.0 megapixel from our pocket cameras. So don’t get carried away by the megapixel count when buying a digital camera. If you really need bigger prints, then you should look at professional SLR cameras or semi-professional cameras with large sensors to meet your megapixel needs. A camera will a small sensor boasting a lot of megapixels will probably disappoint you in the long run. The question often arises as to whether to choose high resolution at high compression or low resolution at low compression, if both result in the same file size. As a test, I have chosen an image that has proven to be challenging for JPG so that we can see the limits of JPG compression. Below are two versions of the image at resolutions differing by a factor of two:

Following are JPG’s of the same two images, with compression chosen to yield approximately the same file size for each:

Now let’s magnify these images to make the differences easier to see. 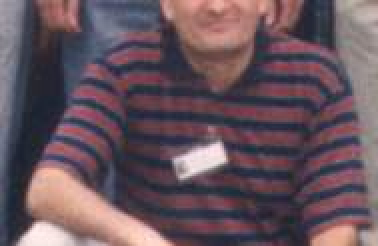 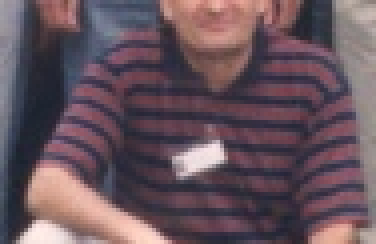 To my eye, the first image is clearly superior. Pixelation is much less noticeable, and the color degradation resulting from the JPG chroma subsampling is much, much less severe. The stripes are red, as they should be, rather than the purple we see on the right.

Some have suggested that a fairer comparison for viewing might be to do a bicubic resizing of the small image to match the dimensions of the larger image. Here is the result: 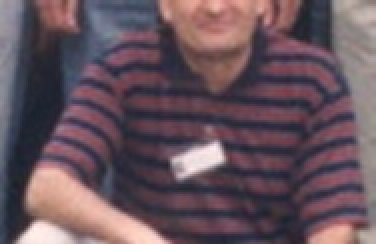 The pixelation disappears if bicubic resizing is gone, but the image at right is clearly not nearly as detailed as the image at left. The red stripes are still purple, of course.

Digital Photography is a form of photography that uses an array of light sensitive sensors to capture the image focused by the lens, as opposed to an exposure on light sensitive film. The captured image is then stored as a digital file ready for digital processing (colour correction, sizing, cropping, etc.), viewing or printing.

Resolution can be defined as the total number of pixels in a binary (digital) or bitmap image (an image made up of pixels). So a high-resolution image has more pixels than a low-resolution image. The higher the resolution, the more pixels you have to play with, but also the larger the file size.

Pixel Resolution is measured in Pixels Per Inch (PPI), an easy way to gauge the resolution of an image.

When the image has a low enough resolution that the pixels are visible to the eye, then it becomes pixelated. Or when you take a low resolution image and enlarge it to a much bigger size, the smaller pixels expand and you will see the pixelization. Changing the PPI of an image requires fitting the image into a different resolution, therefore modifying the pixel structure. This is called interpolation, when you squeeze or stretch pixels into another resolution.

Let’s look at how interpolation works:

There are two types of image files that a digital camera can produce: RAW and JPG (and sometimes TIFF). Let’s take a look at this chart:

A RAW file is delivered with every single pixel untouched, just as the camera captured it. A JPG file, however, is manipulated by the camera which messes around and compresses pixels before it delivers it to you.

Now, the baked apple pie looks more appealing, doesn’t it? Maybe to a non-baker, but usually a baker would want to purchase apples and make their own pie so they could control the seasoning, cutting and baking the pie to be just the way they want. That’s how a photographer looks at their digital images. They want the APPLE so they could make their own PIE. They don’t want the camera messing around with the pixels and making decisions for them so they could “chop, season and bake” their own image just how they want.

So how does compression work?

Compression happens when you save an image and set the quality setting (or when the camera saves your JPG image to your SD memory card). The image processor looks for adjacent TWINS in the image. Twin pixels that is, as many as it can find that are the same. It will count those pixels that are exactly the same only once and store that pixel data only once so it will have a smaller file size.

It doesn’t change the size of the pixels, but finds the same adjacent ones and saves the data only once for that range of pixels.

So, for a JPG with LOW COMPRESSION (high quality), these identical twin people (pixels):

thus making a smaller file size because it’s not counting every pixel, but grouping them and counting them only once.

Ok, so what happens when you compress at a higher rate?

Compression at a higher rate starts to look at SIMILAR pixels, not EXACT TWIN pixels. Therefore, the more you compress, the less exactness it finds. So for example, a JPG with HIGH COMPRESSION (low quality), these marginally SIMILAR people (pixels):

thus making a much smaller file size because more pixels are grouped up and are counted as one.

Compression is especially hard on detail and edges within your image. Your photos will lose detail, become mottled, and you’ll see banding of pixels:

This is known as ARTIFACTING.

Any kind of compression in a JPEG file does basically the same thing. It looks at the adjacent pixels, and if it’s within a certain threshold, it will change the adjacent pixel or pixel group to be a similar colour as itself. So if you have a big single colour area, then it saves the colour, and the start and end point of the line on the same colour, instead of saving the details on every pixel in the line. When this is visible, by mottling or banding in the image, it is known as Artifacting.

How does it differ from Pixelization?

Let’s look at the difference between artifacting and pixelization.

When you crop an image, you are deleting pixels. Plain and simple. Here’s an example:

Once you delete those pixels, they are GONE. You have also created an image with less pixels, so it is a smaller resolution to work with. That is another reason to use the highest setting on your camera to capture the most pixels possible. That way you will have room to crop when needed.

As you can see, cropping, resizing (interpolating) or changing the image quality (compressing) will mess with your pixels. And the more you do it or redo it, the more pixels change from your original. And every time you save and resave  a JPG file, it recompresses it. That’s why it is best to keep your original intact and do a save as every time you resize, crop or otherwise change your image. You can have many versions of the same photo rendered out from the original file. You can have a high-resolution version, a low resolution version, a black and white version, a color version, a toned version, an internet version, a print version, an 8×10 version, a 16×20 version, etc.

So ALWAYS start from your original and output your final image (save as) for its intended purpose (web, large print, small print, color print, B&W print, etc).